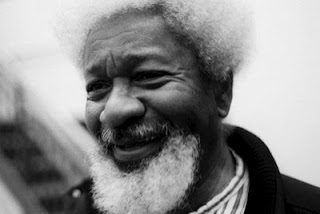 "In a wide-ranging interview with SaharaReporters, Soyinka paid tribute to the late novelist who died on March 21, 2013 at 82. Soyinka, who won the 1986 Nobel Prize for literature, also spoke on his personal relationship with Achebe and other Nigerian writers; his regrets about Achebe’s last book, There Was A Country: A Personal History of Biafra; and his attempt to talk the late Biafran leader, Emeka Odumegwu-Ojukwu, out of fighting a war. Soyinka also answered questions about Heinemann’s African Writers Series and scolded “clannish” and “opportunistic hagiographers” fixated on the fact that Achebe never won the Nobel Prize."