Chika Unigwe on a Quest to Build a Writers’ Village in Anambra, Nigeria 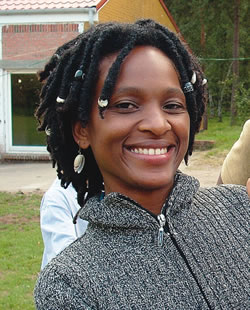 Winner of the 2012 Nigeria Prize for Literature, Chika Unigwe, dreams of a writers’ village in  Anambra State, CHUX OHAI reports.

....
No matter how much she is prodded, she refuses to tell but hints that it is something to do with a writers’ village somewhere in her home state, Anambra.

An interesting piece by Jeremy Weate, philosopher and publisher of Cassava Republic, a publishing outfit based in Nigeria.
He critiques African writers, who believe that their success as writers rests largely on either living in the West, or being packaged there. They, the African writers in the West, end up producing exotic narratives about Africa.
See excerpts:

"There has surely been too much war and violence in the stories African men have chosen to write of late. I think back to last year’s Measuring Time, by Helon Habila, and of course, to Ishmael Beah’s A Long Way Gone."

"What is to be done? How does one ensure one’s dutifully collected shelf of African books is not ever more replete with child soldiers, AK47s and rapists? There are, I think, two parts to the answer: First, African writers should realise that there is a price to pay for a suburban existence in a sedated part of the world. Situation is critical. To engage with the world in writing, it is seldom enough to read of a world from afar. Even the most meticulous research will miss out on the subterranean processes that are continuously at work in a society; the gaps and tensions in speech and behaviour that point to unmet desires and a world in transition. It is the work of the writer to bring these silences to voice; it is an almost impossible task when the only source of information is internet news sites, visitors from home and the occasional trip back to the motherland."

I love the piece. His recommendation, however, appears to ignore the temporal and aesthetic distance between observation and narration. Living close to where things happen doesn't assure an accurate, authentic rendition of the events in stories.
But I take to heart his concern that most African writers tend to be overly interested in portraying exotic images of Africa. War. Violence. Inhumanity. As if love had no place on that continent.

Posted by Chielozona Eze at 9:18 AM No comments: