MUSDOKI: Literature and the distortion of history 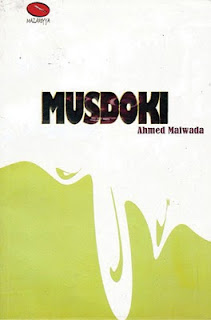 For the birth of literature in any culture, you need three things besides readers and publishers. Have you guessed? Okay, I'm not one to keep people in suspense. But the truth is that every culture undergoes rigors of parturition before the water breaks and then a healthy child will glimpse the face of the earth.
Okay, okay, for the birth of literature you need these three things: 1. writers, 2. reviewers, and 3. conscientious reviewers. Usually # 3 precedes good writers, for they make those talented people rethink the figments of their imagination before spewing them out there for public consumption.
Why am I saying all these? I have been following the meticulous, almost religious examination of African literature in form of reviews by Ikhide Ikheloa, and I strongly believe that African literature of the 21st century cannot be discussed without acknowledging his midwifery job. Last week he sat on Lola Shoneyin's Baba Segi's Wives (No pun intended, friends). This week it's Ahmed Maiwada's Musdoki. I find his reviews increasingly professional, very helpful, balanced and sincere. Musdoki, he says, is an important book.
Here is an excerpt:
"It is true that in terms of the written word, with respect to the Nigerian civil war, the commentary has been dominated by Southern thinkers. There have been few Northern writers weighing in with their perspective. Despite the myriad flaws of Musdoki, it is an important book in that it shows that a fiery rage burns still in the hearts and minds of Northerners. There is no excuse for what happened during the pogrom and the Nigerian civil war."
ENJOY
Posted by Chielozona Eze at 4:52 PM No comments:

Laurent Gbagbo has put Ivory Coast on a precarious path

An exciting piece by Chika Unigwe, the author of On Black Sisters' Street
"By refusing to accept the poll result, Gbagbo is pushing Ivory Coast to the brink of war, like a fly following a corpse into a grave."

Enjoy
Posted by Chielozona Eze at 7:17 AM No comments:

I believe you've got to smile after reading this.
"This is a rebel gleefully tugging at silly clay boundaries. Every other page hides sentences that desire to stir your consciousness - and your loins. Nothing is taboo for Shoneyin; she is eclectic in a brilliant near-reckless manner. Her words are defiant, and drunk with the sweet musky smell of primal sex. Sexual tension keeps the pages erect and thirsty for lusty sex."

Excellent review by Ikhide Ikheloa:
ENJOY
Posted by Chielozona Eze at 6:53 AM No comments: 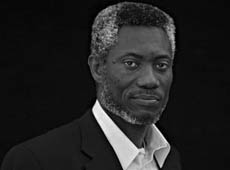 .... and the debate continues. Thanks to Tricia Adaobi Nwaubani, many brilliant minds are expressing ideas that might, in deed, begin to shape our consciousness, and perhaps lead to more robust discourses that we solely need.
Here is another response by Chuma Nwokolo:

"At any rate, wholesale cultural suicide is too high a price to pay for national unity, if only because it is just a deposit. The full-price is a level of self-hatred that is ultimately inimical to any nation."
Enjoy.
Posted by Chielozona Eze at 2:32 PM No comments:

Achebe And Adichie: How 4Ps Impact Success Of Literary Brands - By Uzochukwuamaka Otoh

THE 4ps of marketing as developed by Jerome McCarthy in 1960 was later upgraded to include 3 more ps. The original price, place, promotion and product were later improved to include 3 other necessary factors of marketing, people, physical evidence and process. As with many theories of marketing, which are more consistently applied with product brands, the theory of the 4ps has yet to find full expression in its ability to positively impact the equity of service and personality brands.
Literary brands as with other brand types often go through a series of metamorphosis, which render them better and more refined. Literary icons such as Wole Soyinka, Chinua Achebe, Ben Okri and Chimamanda Adichie have come to define themselves via their style carving a unique niche thereby making them literary brands to be reckoned with the world over."

ENJOY
Posted by Chielozona Eze at 9:56 AM No comments:

Nwaubani, Ngugi and the Nobel 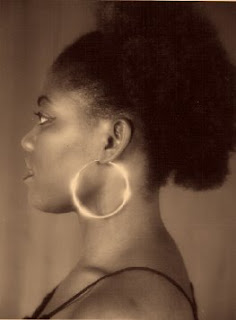 Another informed reaction to Tricia Adaobi Nwaubani's Op-Ed piece. I love how writers and critics analyze Nwaubani's ideas; how they push her to rethink her ideas. I am sure she will bounce back with a more vigorous, enriching OP-Ed. Never discount smart minds, friends.

Anyway, this is Molara Wood's beautiful piece. Let the debate begin, friends; I'm loving it.
"My own reading of Nwaubani’s ‘In Africa, the Laureate’s Curse’ was predictably complicated. I am a great admirer of Mario Vargas Llosa (a worthy 2010 laureate) and many other great Latin American writers, people in whose works I’ve found a world closest to that of the Yoruba, from among whom I’ve sprung."

ENJOY
Posted by Chielozona Eze at 9:48 AM No comments: 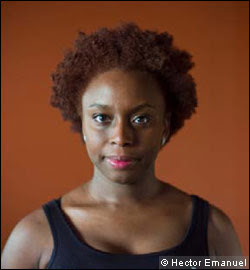 "A humid night two years ago, sitting beside a male friend in his car, and I roll down my window to tip a young man, one of the thousands of unemployed young men in Lagos who hang around, humorous and resourceful, and help you park your car with the expectation of a tip. I brought the money from my bag. He took it with a grateful smile. Then he looked at my friend and said, “Thank you, sir!”"

Beautiful, smart piece. It made me think.
Enjoy
Posted by Chielozona Eze at 6:47 AM No comments:

In response to Adaobi Tricia Nwaubani’s “In Africa, the Laureate’s Curse” an op-ed piece in today’s New York Times by Carmen McCain. 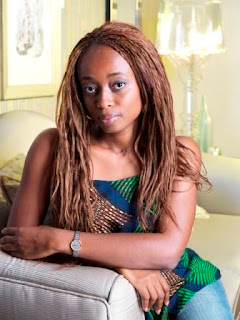 "When I first began to read Adaobi Tricia Nwaubani’s op-ed piece “In Africa, the Laureate’s Curse,” published in on 12 December 2010 in the New York Times, I thought I would enjoy the piece." Writes Carmen McCain. But then, Nwaubani's piece lost one of its front tyres and never regained its balance.
Good piece.
Enjoy
Posted by Chielozona Eze at 6:54 AM No comments:

In Africa, the Laureate’s Curse

An interesting piece by Tricia Adaobi Nwaubani. Here's a taste.

"Here, each successful seller of plantain chips spawns a thousand imitators selling identical chips; conformity is esteemed while individuality raises eyebrows; success is measured by how similar you are to those who have gone before you. These are probably not uniquely African flaws, but their effects are magnified on a continent whose floundering publishing industry has little money for experimentation and whose writers still have to move abroad to gain international recognition."

To me though, what began as a promising essay somehow turned into a mishmash of cowardly ideas, the core of which sought to suggest that it is separatist for a writer to write in his native language or even to claim that he is a writer from his ethnic group. Is Soyinka not Yoruba? Does it make him less a patriotic Nigerian? To me, the more Yoruba he is, the better for me as Igbo. He has single-handedly introduced me to the riches of Yoruba culture. Denying who we are doesn't make us more universal-minded. What cripples a nation is when individuals fail to empathize, when they believe that others are there to serve them

By the way
Enjoy
Posted by Chielozona Eze at 4:08 PM 1 comment: