‘More responsibilities than bonuses for the African writer’ 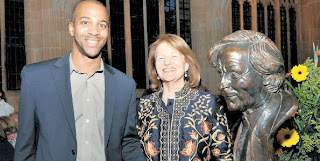 "One of the most vocal critics of this perceived consequence of the prize is the Nigerian academic, Ikhide Ikheloa, who last year wrote, “Many [African] writers are skewing their written perspectives to fit what they imagine will sell to the West and the judges of the Caine Prize. The creation of a prize for ‘African writing’ may have created the unintended effect of breeding writers willing to stereotype Africa for glory. The mostly lazy, predictable stories that made the 2011 shortlist celebrate orthodoxy and mediocrity.”

ENJOY.
Posted by Chielozona Eze at 12:21 AM No comments:

The Art of Creating - Richard Ali 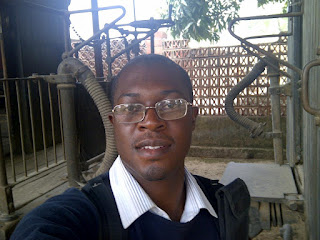 This is a thinker to watch. Watch? Nay, he is already there. He is one to be read and enjoyed. Richard Ugbede Ali, the philosopher-writer. I love how he weaves his impressions together into coherent ideas that can stand the test of time.

"I realized that thoughts were a thing, very malleable like plastacine, something I could play with while doing other things—a private place. While the seeds of the sense of my Self came from then, it took a while to make the connection that thought could create impressions for other people, that one’s thoughts could be made into a context for other people to enter and live."

ENJOY
Posted by Chielozona Eze at 1:19 AM No comments:

Ikhide has issues with at least one of the stories shortlisted for the upcoming Caine Prize for African writing. The story: Stanley Kenani's "Love on Trial."

"It is predictable, there are no twists, we know where this story is going. It is written from a particular viewpoint, sympathetic to the protagonist’s circumstances. I would have loved more complex narrative that allows the reader to ponder the nature, consequences and implications of the culture clashes playing out in much of today’s Black Africa. It is also about the politics of advocacy and literature. Would this story have made the shortlist if it was written by someone with the opposite view point?"

Enjoy
Posted by Chielozona Eze at 8:18 AM No comments: 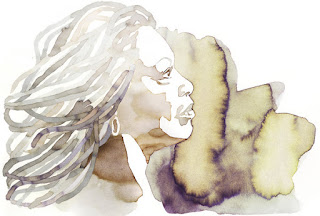 I know this is not African literature, but, well, it is. Somehow. Consider the question below and, if you can, run to the bookstore nearest you and get hold of Toni Morrison's latest novel, "Home." Toni Morrison is a Goddess.

"What kind of selfhood is it possible to possess when we come from a spiritually impoverished home, one that fails to concede, let alone nourish, each inhabitant’s worth?"

ENJOY
Posted by Chielozona Eze at 12:43 AM No comments: 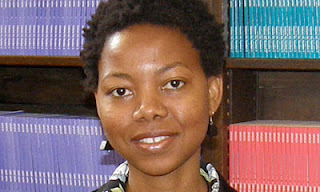 To Becky Hardie at Chatto, debut novel We Need New Names by Caine-prizewinning NoViolet Bulawayo, after a heated auction conducted by Alba Zeigler-Bailey at the Wylie Agency, for publication in 2013.  Chatto acquired UK and Commonwealth rights, excluding Canada. We Need New Names tells the story of ten-year-old Darling and her friends Stina, Chipo, Godknows, Sbho and Bastard, who used to have comfortable houses and existences but now live in a shantytown called Paradise. For these children, the only way is down – or out. To America, in Darling's case. Pulled out from the poverty, disease and violence of Paradise by her aunt and taken to the Midwest, Darling faces a whole new set of problems: language, food, friendships, the internet and being part of a community of exiles.
ENJOY
Posted by Chielozona Eze at 3:00 AM No comments:

The shortlist for the 2012 Caine Prize for African Writing has been announced today (Tuesday 1 May) by Ben Okri OBE, the new Vice President of the Prize.

The Chair of judges, author and Fellow of the Royal Society of Literature Bernardine Evaristo MBE, has described the shortlist as "truly diverse fiction from a truly diverse continent."

ENJOY
Posted by Chielozona Eze at 8:46 AM No comments: