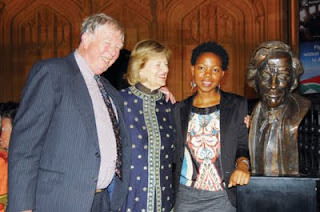 A good piece by Tolu Ogunlesi

"I've come to realise that there will never be an end to all those debates - around "authenticity", "identity", "stereotyping" and "audience" - that follow writers of African origin wherever they go. African writers will forever carry the burdens of having to comment, not merely about their "Africanness" as individuals, but also about the Africanness of their writing."
ENJOY
Posted by Chielozona Eze at 6:27 PM No comments: 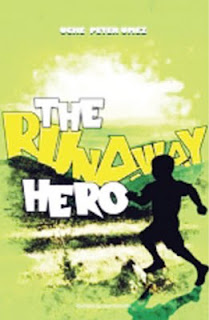 This is the richest literary prize in Africa. $100.000 dollars for the winner. Did you get it? I repeat. One hundred thousand US of dollars!
Here are the shortlisted authors.
ENJOY
Posted by Chielozona Eze at 2:39 PM No comments: 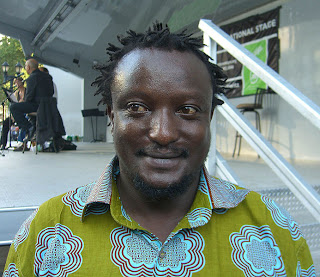 One day I Will Write About This Place gets Oprah's nod.
Congratulations, Binyavanga.
ENJOY
Posted by Chielozona Eze at 7:28 AM No comments:

On Writing: the Short Story Edition, with Dawn Promislow 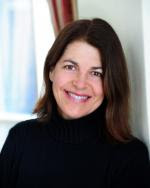 A few nuggets on the nature of the short story. The collection, "Jewels and Other Stories," is set in South Africa.
"It's a collection of short stories set in apartheid-era South Africa. I tried to capture that time and place, a time and place I lived in. I tried, above all, to see it with fresh eyes, to uncover something in it that I knew was there but hadn't seen or found or even read. The stories are told from the perspectives of a wide range of characters: black and white, old and young, rich and poor. They are fictional stories, but the world the characters inhabit is very real, and this was very important to me, to be faithful to the history of that time."
I loved reading it.
ENJOY
Posted by Chielozona Eze at 2:05 PM No comments:

Who speaks for Black Africa?

At least one writer has realized that African writers/thinkers have argued/written us all into an ideological blind alley. This is largely because the trajectory of our thought world has been directed towards meeting the gaze of the white man. Things Fall Apart is all about matching Heart of Darkness roar for roar. With very few exceptions, African discourse world has been primed to answer questions raised by the white man, not really questions Africans themselves raise. It is little wonder that our writings have been apologies that shape-shift from blame on one hand, and to horrifying portrayal of Africans as lacking agency, on the other. Writers have chosen to deify Africa's victimhood.
Anyway, I'm beginning to ramble. I thought I should present this cool piece by our gadfly, Ikhide.
ENJOY
Posted by Chielozona Eze at 6:52 AM 1 comment:

The Chair of Judges, award-winning author Hisham Matar, announced NoViolet Bulawayo as the winner of the £10,000 prize at a dinner held this evening (Monday 11 July) at the Bodleian Library in Oxford.

Hisham Matar said: “The language of ‘Hitting Budapest’ crackles. Here we encounter Darling, Bastard, Chipo, Godknows, Stina and Sbho, a gang reminiscent of Clockwork Orange. But these are children, poor and violated and hungry. This is a story with moral power and weight, it has the artistry to refrain from moral commentary. NoViolet Bulawayo is a writer who takes delight in language.”

NoViolet Bulawayo was born and raised in Zimbabwe. She recently completed her MFA at Cornell University, in the US, where she is now a Truman Capote Fellow and Lecturer of English. Another of her stories, ‘Snapshots’, was shortlisted for the 2009 SA PEN/Studzinski Literary Award. NoViolet has recently completed a novel manuscript tentatively titled We Need New Names, and has begun work on a memoir project.

· Lauri Kubuitsile (Botswana) ‘In the spirit of McPhineas Lata’ from The Bed Book of Short Stories published by Modjaji Books, SA, 2010

The panel of judges is chaired by award-winning Libyan novelist Hisham Matar, whose first novel, In the Country of Men, was shortlisted for the 2006 Man Booker Prize. His second novel, Anatomy of a Disappearance, was published by Viking this March.

Previous winners include Sudan’s Leila Aboulela, winner of the first Caine Prize in 2000, whose new novel Lyrics Alley was published in January 2010 by Weidenfeld & Nicolson, as well as Binyavanga Wainaina, from Kenya, who founded the well-known literary magazine, Kwani?, dedicated to promoting the work of new Kenyan writers and whose memoir One Day I Will Write About this Place will be published by Granta Books in November 2011.
Posted by Chielozona Eze at 11:07 AM 3 comments: