Wainaina Has No Right To Speak For All Africans

Betty Caplan asks an interesting question that seems to touch the core of Binyavanga Wainaina's ideology. "What, I want to ask, gives Wainana permission to speak on behalf of all Africans? Where does the royal “we” come from?"

To establish her argument she quotes Wainaina:

Like authors all around the world, African writers were interested in the lives of people around them. “If you ask me what are the greatest issues in Africa I would say that it is that people love, people, fuck, people kiss, people speak.”

Is Betty Caplan correct in her analysis? Is her analysis fundamentally flawed? Is she being patronizing because of her skin color? I am happy that some discussions about the African intellectual state of affairs are taking place.

Posted by Chielozona Eze at 1:52 AM 2 comments:

The Trials of Chris Abani and the Power of Empty Words

The gadfly is at it again.

"When the history of Africa’s troubled journey is accurately chronicled, the world will come to realize the horror of the self-serving perfidy of Africa’s intellectual leaders. We are the new self-serving colonialists perpetuating black-on-black crime on our own people."

An educative read, a good piece about a disturbing development.
ENJOY
Posted by Chielozona Eze at 11:28 AM No comments: 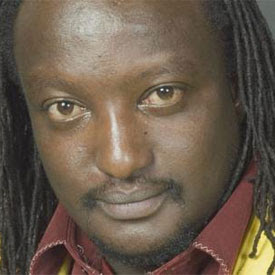 I understand that Wainaina's words need some contextualization in order to understand where he's coming from. At any rate, it does appear that he makes the same mistake he accuses the West of: generalization, slippery slope, and perhaps, some degree of ideological antithetical positioning. When he claims that Africans don't understand British writing, what on earth, does he mean by African? Who, exactly, does not understand British writing? Wainaina? Kenyans? When has Wainaina become representative of Kenyans, and when have Kenyans become the sum of Africans? Has Wainaina read Ian McEwan?Julian Barnes? Zadie Smith? Monica Ali? And what, on earth, does he mean by "universal?"
As one who owes his life to good luck and the empathic gestures from Europeans during the Biafran war, I find it somewhat disturbing that Wainaina, who was born circa a decade after the Biafran war, and far removed from the scenes of Biafran horrors, would make a sweeping condemnation of rescue/aid agencies such as Oxfam. In my case, in 1968/69, it was the Irish aid agency "Concern" that saved me and many other famishing, kwashiorkor Biafran kids. Without Concern, and perhaps, Oxfam, I would have perhaps succumbed to the famine that was orchestrated by fellow Nigerians/Africans. Why would any person in his right mind ever condemn Bob Geldof for having responded to the human tragedy that took place in Ethiopia and Somalia? I am sincerely baffled. I get the impression that Wainaina's need to save the good image of Africa has blunted his sensibility to the pains of the African bodies. I only hope that this is a special case of an ideological pitfall, which time and intellectual maturation would take care of. But this, of course, does not imply my support of the contemporary African beggarly mindset. Quite the opposite. I have been saved so that I can help save others.

Listen to Binyavanga's interview on the books podcast
Posted by Chielozona Eze at 7:43 AM 4 comments: 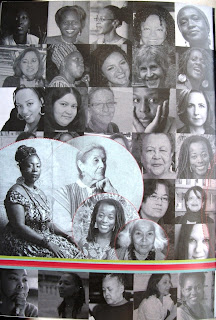 This is from my sister-blog, Wordsbody. Great development in African writing. I've always known that it the African women's writing that would save African literature from its self-defeating obsession with the West, and little concern with the African body. Go sisters. I love the panel, "The Worldliness of words."
ENJOY!
Posted by Chielozona Eze at 6:59 AM No comments: 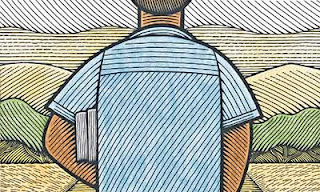 Bernardine Evaristo lauds the collection of African short stories, edited by Helon Habila.
"This book is a landmark, a historic record and, most of all, a celebration of what has been an unprecedented decade for African fiction."
ENJOY!
Posted by Chielozona Eze at 4:26 AM No comments: 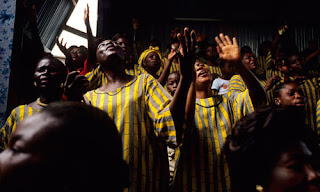 "Ifemelu's father sat in his well-worn sofa, silently reading his well-worn book. He had been jobless for months, fired from the federal agency for refusing to call his new boss mummy. "If you have to call somebody mummy to get your salary then you do so!" Ifemelu's mother had said when he, wracked with bitterness, came home with his termination letter, complaining about the absurdity of a grown man calling a grown woman mummy because she had decided it was the best way to show her respect."

Someone said somewhere that Adichie is a better novelist than a short story writer. That person might be right. There is a déjà vu element in this short story, something that makes you forget each paragraph the moment you are done with it. Perhaps I'm particularly biased because I'm Nigerian, and the incidents described in this short story are what I see on daily basis in Nigeria. But I miss the psychological depth that informed the short story, "Tomorrow is too Far."
Anyway, ENJOY!
Posted by Chielozona Eze at 12:44 AM 1 comment: 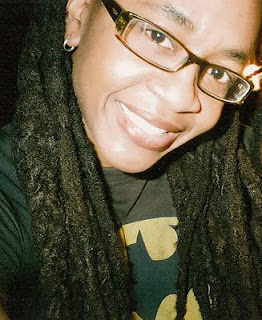 Nigerian-American novelist Nnedi Okorafor has beaten a host of big names to win the World Fantasy award for her novel set in a post-apocalyptic Saharan Africa.

"Who Fears Death" is the story of Onyesonwu – her name means "who fears death" in Igbo – a woman with great magical powers who was conceived when her mother was raped during a battle.

To those of us who know Nnedi, the prize doesn't come as a surprise. There are more to come.
Congratulations.
ENJOY
Posted by Chielozona Eze at 8:23 AM No comments: