Kony 2012 and the African Victimhood Complex

Perhaps some of us have seen the video Kony 2012. It has been seen by at least 100 million viewers worldwide. The video attracted great support from international celebrities. Many African scholars, however, have reacted largely negatively to it. Here's Teju Cole's take on the video. An excerpt.
"If Americans want to care about Africa, maybe they should consider evaluating American foreign policy, which they already play a direct role in through elections, before they impose themselves on Africa itself."
ENJOY

Chimamanda Ngozi Adichie's brilliant 2012 Commonwealth Lecture. It is worth listening to. Literature as an empathic gesture.


ENJOY
Posted by Chielozona Eze at 10:44 AM No comments:

Good things are happening to African literature. Here's one: "Chatto & Windus has acquired a collection of short stories by Nigerian author A Igoni Barrett.."
Igoni Barrett is a writer to watch. Congratulations to him.
ENJOY
Posted by Chielozona Eze at 10:20 AM No comments:

Ikhide has a very refreshing take on the recent YouTube video about a certain Joseph Kony of Uganda. Some African intellectuals have taken offense at the video, describing it as an example of white people's condescending image of Africa. I basically share Ikhide's main thesis: Most African intellectuals are more interested in the image of Africa than in individual African lives. That is a sorry state of African intellectual quest.
Ikhide though sometimes wanders into the minefield of chattiness and invariably steps on unexploded mines of generalization, or even non sequitur. Otherwise the guy is great.
ENJOY
Posted by Chielozona Eze at 3:37 PM No comments: 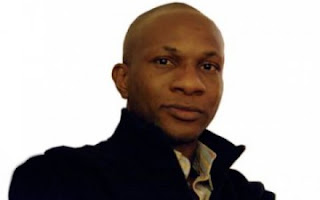 "PEN New England, a regional branch of the international writers organisation, and the Hemingway Foundation announced on Tuesday that Cole, 36, would receive $10,000 for ‘Open City.’"
ENJOY
Posted by Chielozona Eze at 4:23 AM No comments: