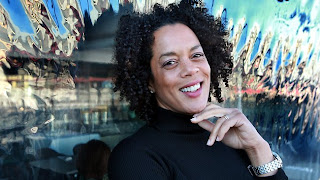 "A POWERFUL portrayal of human resistance in war-torn Sierra Leone has taken out this year's Commonwealth Writers' Prize.http://www.blogger.com/img/blank.gif
Glasgow-born Aminatta Forna on Saturday won Best Book with her novel, Memory of Love, in the 2011 Commonwealth Writers' Prize in Sydney.
According to judges, the book is an "immensely powerful portrayal of human resilience" which "delicately delves into the courageous lives of those haunted by the indelible effects of Sierra Leone's past".
The books highlights the courage of those who have experienced the worst of the embattled country."
ENJOY
Posted by Chielozona Eze at 7:01 AM No comments:

The 2011 Caine Prize: How Not to Write About Africa

This is food for thought, friends. I would encourage every writer and aspiring ones to read this carefully. I have learned a lot from it.
ENJOY!
Posted by Chielozona Eze at 6:16 AM 1 comment: 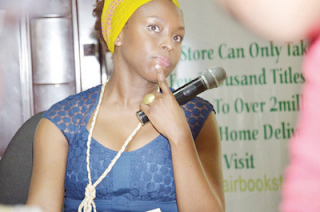 Award-winning author, Chimamanda Ngozi Adichie, has been selected as a fellow for the 2011- 2012 session at the Radcliffe Institute for Advanced Study, Harvard University, US. The author of ‘Purple Hibiscus’ and ‘Half of a Yellow Sun’ is among the 51 people selected from 800 applications received by the Institute where individuals pursue advanced work across a wide range of academic disciplines, professions,http://www.blogger.com/img/blank.gif and creative arts."
ENJOY
Posted by Chielozona Eze at 8:03 AM No comments:

The shortlist for the 2011 Caine Prize for African Writing has been announced today (Monday 9 May). The Caine Prize, widely known as the ‘African Booker’ and regarded as Africa’s leading literary award, is now in its twelfth year. The chair of judges, the award-winning Libyan novelist Hisham Matar, said "choosing a shortlist out of nearly 130 entries was not an easy task – one made more difficult and yet more enjoyable by the varied tastes of the judges – but we have arrived at a list of five stories that excel in quality and ambition. Together they represent a portrait of today’s African short story: its wit and intelligence, its concerns and preoccupations.”

Selected from 126 entries from 17 African countries, the shortlist is once again a reflection of the Caine Prize’s pan-African reach. The winner of the £10,000 prize is to be announced at a celebratory dinner at the Bodleian Library, Oxford, on Monday 11 July.

· Lauri Kubuitsile (Botswana) ‘In the spirit of McPhineas Lata’ from ‘The Bed Book of Short Stories’ published by Modjaji Books, SA, 2010

As always the stories are available to read online on our website.

Joining Hisham on the judging panel this year are Granta deputy editor Ellah Allfrey, publisher, film and travel writer Vicky Unwin, Georgetown University Professor and poet David Gewanter and the award-winning author Aminatta Forna. Once again the winner of the £10,000 Caine Prize will be given the opportunity of taking up a month’s residence at Georgetown University, Washington DC, as a ‘Caine Prize/Georgetown University Writer-in-Residence.’ The award will cover all travel and living expenses.

This year the shortlisted writers will be reading from their work at the Royal Over-Seas League on Friday, 8 July at 7pm and at the London Literature Festival at the Southbank Centre, on Sunday, 10 July at 7pm.
Posted by Chielozona Eze at 6:16 AM No comments: