Why witch hunting, killing are increasing in Nigeria 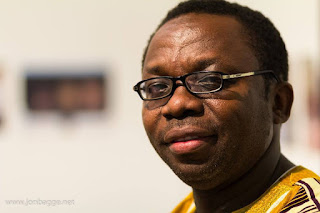 I grew up in a community where people believed in witchcraft and occasionally I witnessed elderly women tortured or abused for allegedly perpetrating witchcraft. In 1994, I started the Nigerian Humanist Movement and made the campaign against witchcraft accusation and witch hunting one of my main priorities. With both local and international support, the campaign gathered momentum and today we have activists and affiliate groups that are working and campaigning to stop these horrific abuses in different parts of the country and continent.

ENJOY
Posted by Chielozona Eze at 7:02 AM 3 comments:

Limpopo pastor sprays Doom on congregants to 'heal them'


The photographs were first posted on a Mount Zion General Assembly (MZGA) account‚ Rabalago’s church.
Rabalago and MZGA could not be reached on Monday morning to confirm the veracity of the accounts

Enjoy
Posted by Chielozona Eze at 6:01 AM 4 comments: 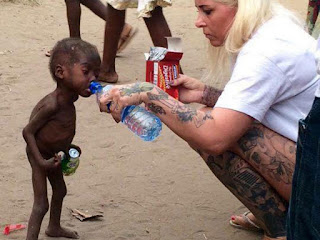 'Thousands of children are being accused of being witches and we've both seen torture of children, dead children and frightened children'

Posted by Chielozona Eze at 5:50 AM 4 comments:

Much has been written in SA’s political and academic arenas about the event of March 9 2015. That day, I threw poo on the statue of Cecil John Rhodes on the UCT campus. That catalytic act was a political protest whose possible effect I understood very well. What I did not anticipate were the events that, as a consequence of our action, unfolded at UCT and other local universities as well as those abroad including Oxford University.

Posted by Chielozona Eze at 1:01 AM No comments:

A Rage Against the Eternal ‘Victim’ Status 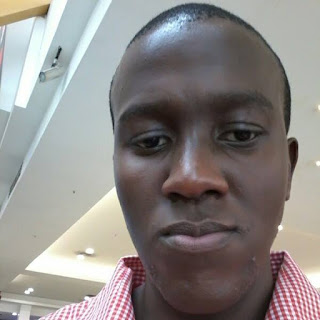 "There is nothing more satisfying to the collectivist than the eternal victim. It is the mainstay of being a ‘race-baiter’ or a ‘race-pimp’. A race-baiter is any person who uses racial tensions or racially charged incidents to arouse the passion and ire of a particular demographic. And a race-pimp is a race monger who feeds off racial tensions. They offer nothing but a racially-charged narrative. The words race-pimp and race-baiter can be used synonymously but when pointing out individual incidents or commentaries; I prefer to use the word race-baiter."

Enjoy
Posted by Chielozona Eze at 2:23 AM No comments: