NoViolet Bulawayo: “I Feel Responsible to the Real Stories on the Ground” 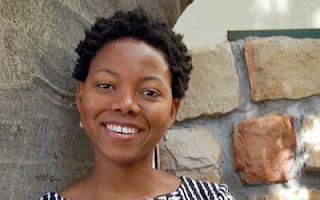 "Reflecting on her literary studies, she says she looks up to African writers who "make sense of our space in the literary universe" but she does not feel a strong sense of positioning herself in the canon. "I feel responsible to the real stories on the ground. That’s what I’m doing."

You've got to love this. I think it's time that African writers started telling stories of people they know rather than waste their time reacting to the (imaginary) gaze of the white man.


The Caine Prize has been criticised for creating what Helon Habila has called an “African aesthetic of suffering”, for “performing Africa” for the world. What are your thoughts on this?

"I think that’s nonsense. Writers write about what moves them and it’s just a coincidence that the kinds of stories that get told seem to be about one thing. I think there’s also a shallowness in readers reducing stories based on things that they see. I feel like people need to read beyond this. I’m hard-pressed to talk about stories other than my own but Darling, for example, is such a rich character and she shouldn’t be judged by her space; she has so much humanity. Beyond that, I feel like some of these things are simply realities."

Enjoy
Posted by Chielozona Eze at 7:30 AM