Is NoViolet a victim of West’s propaganda? 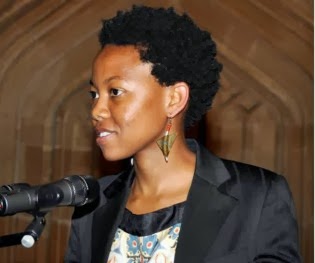 Another self-destructive exercise in self-censure?

Stanely Mushava gives the impression that Zimbabwe is the yet to be discovered African paradise. Oh, poor Africa, always misunderstood and misrepresented by the West. Ach, ach. He writes:
“WE NEED NEW NAMES”, NoViolet Bulawayo’s debut novel, which was recently shortlisted for the Man Booker Prize, excited more international acclaim than any Zimbabwean book in the recent past. Zimbabwe’s literary arena had some rich pickings recently including the overdue comeback of Charles Mungoshi with “Branching Streams Flow in the Dark”, Spiwe Harper’s “Footprints in the Mists of Time” and the most improved Zimbabwe International Book Fair in

Posted by Chielozona Eze at 4:42 PM