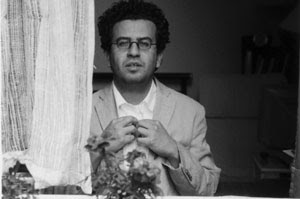 "Hisham Matar was born in New York City to Libyan parents and spent his childhood first in Tripoli and then in Cairo. His first novel, In the Country of Men, was published in 2006 and was shortlisted for the Man Booker Prize, the Guardian First Book Award and the National Book Critics Circle Award in the US. It won six international literary awards including the Commonwealth Writers’ Prize Best First Book award for Europe and South Asia, the Royal Society of Literature Ondaatje Prhttp://www.blogger.com/img/blank.gifize, and the inaugural Arab American Book Award."

Can you comment on this year’s prize – the range, number, and quality of entries? What impressed you?

I can only compare this year’s entries to my 2008 experience, which is the only other time I have been a Caine Prize judge. The previous time, the entries were generally not as good as what we’ve received this year. Yes, there were a few powerful stories that clearly stood out. But this time, while we still do have a number of powerful stories, the general standard is better overall.