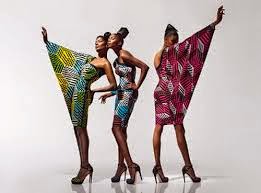 Here is my take on Afropolitanism

Since the end of the Cold War and, in particular, the demise of apartheid in South Africa, there has been a sustained debate about African identity. There seems to be a consensus among scholars of African culture that the conventional notion of African identity that was conceived in opposition to the West is anachronistic. But what then constitutes the new African? Scholars have suggested concepts such as contamination, cultural hybridity, cultural mutt, conviviality, and most recently Afropolitanism, as means to understand the complex modern African identity. This article takes a critical examination of Afropolitanism and argues that it is an enunciation of the ideas of contamination, hybridity, hyperculturality and other postmodernist terms that disrupt essentialist and oppositional notions of African culture and identity. I hope to achieve two things in this article: situate Afropolitanism within a larger philosophical tradition of cosmopolitanism and examine the moral implications of expanding the notion of African identity beyond the oppositional model.


You can actually download the PDF from this site

Posted by Chielozona Eze at 2:46 PM