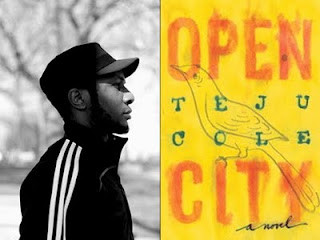 "TEJU COLE: Well, there were two things I thought about when I gave the book that title. One is this idea that this city is accessible to him. It's open. The way we talk about open hearted, open minded. So it has a positive connotation that way. It's about a sensitive narrator who has taken in a lot of the signals that the city has given him as he walks around. But the other idea was the meaning of the term "open city" itself, which is not such a positive meaning. It's a city that has been invaded, but a city that is trying to deal with the enemy to prevent physical destruction of its infrastructure."
ENJOY!
Posted by Chielozona Eze at 8:11 PM